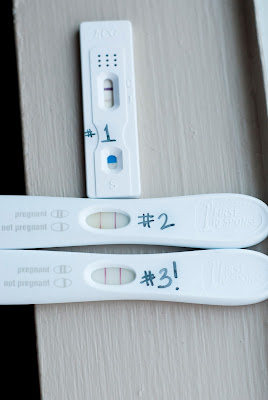 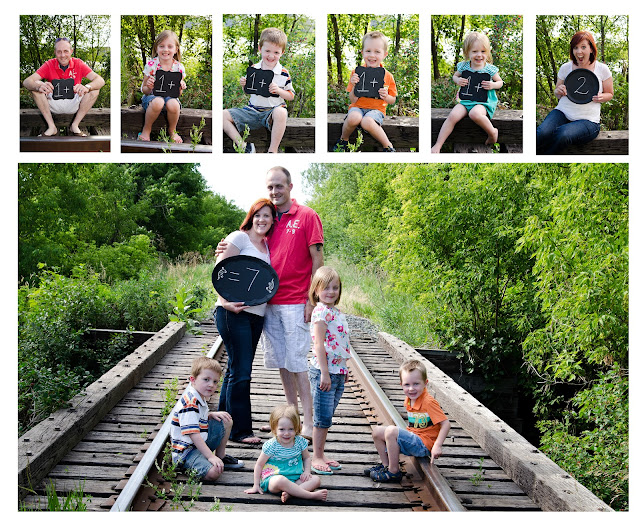 This is one of our fabulously fun pictures with the beautiful Traci to help us announce our excitement to the interwebz world.

Since I haven't been blogging recently I thought it was time to catch things up a bit and we had an ultrasound yesterday that left us scratching our heads.

So, this will also be a post to update any of you lovelies that are interested on what is leaving us baffled with this new pregnancy.

Please be warned, I'm going to get nice and close and personal here.
For some of you, it may be a bit toooo personal.
So stop reading in a little bit.

Not quite yet if you don't mind charting details.

I've been charting for a while. Over a year. I didn't take my temperature daily most of that time but started about 4 months ago, or 4 months before we conceived.
So, I've gotten familiar with everything included in charting and conceiving and have read a lot and studied a lot.
My eyes have started to cross a bit while studying my chart online.

Well, looking at my chart from the time we conceived this baby, it was all very standard. Ovulation was  late but I knew when it happened. All the right signs were there, the OPK's were positive and my temp rose afterward and stayed high, a sure sign that ovulation did indeed happen.
We waited 14 days to test and got positives!

So we knew pretty precisely when this baby was conceived. June 12th/13th.
That would put me at 9weeks 5days today.
A due date of March 5, 2013

Stop reading now if you don't want any more details than that!
Come back to the very end.

July 16 I started spotting pink with occasional red streaks. That lasted about a week but didn't stop.
A few days ago it was more that just occasional spotting.
Then it turned dark pink and then some brown.
But I haven't had any cramping yet, so I've been trying not to worry and just let it go knowing full well that many women spot or even bleed during their pregnancies!

Thursday morning it was red. Bright red. It wasn't a ton but enough to concern me and there was a clot in it. Maybe dime size? Maybe pea size. There have been a couple more pea size clots since then. I have continued to bleed bright red and it's been gradually getting heavier. I wouldn't consider it "heavy", if you ladies know what I mean by that. But it certainly wasn't nothing.
I called the midwife I was hoping to see and they squeezed me in yesterday at 12:10.

The appointment was interesting, I guess. I was able to get in for an ultrasound, it just took forever because they were super busy and squeezed me in.

They gave me an internal ultrasound and according to the tech and all the measurements, there is indeed a baby and that baby DOES have a heartbeat.

However, that baby was only measuring 5w6d - 6 weeks today.
A full 3 WEEKS behind what we knew.
It's actually quite an odd mystery because according to those measurements it puts conception on July 1st - 4 full days AFTER we got 4 positive pregnancy tests! Which is impossible. You can't get positive tests before you actually conceive. It boggles my mind.
Especially considering that we have been charting. Everything according to my charts put ovulation at CD19 - June 12th. And we got our BFP's exactly 14 days later.

There are a couple crazy scenarios in my head but I don't know what's actually realistic.
1. We conceived twins and lost 1.
2. Maybe there are twins and my body is learning how to deal with that?
3. 2 eggs were released at different times, both fertilized, one lost.
4. We were pregnant, lost that baby and conceived almost immediately after that.
5. The ultrasound is off a bit (they have been known to be off by 2 weeks or so) and the baby just hasn't grown yet.

I am still bleeding and it's not getting much better but the tech didn't see anything to be concerned about.
When I asked if there was any reason to explain the bleeding she said that either:
1. I was 9 weeks and the baby stopped growing at 6 weeks and I was miscarrying but that wasn't the case because if that was it, the baby wouldn't still have a heartbeat.
2. My body was just readjusting to being pregnant again and it's just different this time.
She said that, in theory, because there is a heartbeat that the baby should keep growing and get bigger and the heartbeat will get stronger.

If things get worse, I'll go back in.
Also, I am waiting for the midwife to call back after seeing the ultrasound results. I haven't talked to her yet, just talked with the tech a lot.
If the ultrasound measurements and conception date are correct, that gives us a new due date of:
March 23, 2013 and puts us back at being newly pregnant, at 6 weeks along!

I am indeed, praising God that there is a heartbeat and a baby that we could see!
I have no doubt that He is the author and perfecter of life and holds it all in His hands.
I also have no doubt that this may never be explained because it may just be His miraculous and mysterious plan for us.

And I will praise Him for all of it.

I also know that should anything change or worsen, I have a tender, loving, and compassionate God who wastes nothing and makes no mistakes.
I trust Him knowing that every life has a purpose even if that life is only 6 weeks long.

Thank you to all who have been praying for us, we greatly appreciate it!
Many apologies to any that I made squirm.
Posted by The Wifey at 9:31 AM

Connected to the Vine and the Gardener

Life is a never-ending series of movements, moments, breaths, activities, and steps. We can choose to either live these moments and breaths in connection with the One who is the Vine whose source is the true Gardener or we can separate ourselves from the tree and live in darkness, searching, groping in the night.
Our goal is to be ever connected to the Vine and to bear His fruit in our own lives and to sow it in the lives of our children. We fail daily and He prunes us and we seek His grace to stay connected, and He lovingly provides it.

“I am the true vine, and My Father is the vinedresser. Every branch in Me that does not bear fruit He takes away; and every branch that bears fruit He prunes, that it may bear more fruit. You are already clean because of the word which I have spoken to you. Abide in Me, and I in you. As the branch cannot bear fruit of itself, unless it abides in the vine, neither can you, unless you abide in Me. I am the vine, you are the branches. He who abides in Me, and I in him, bears much fruit; for without Me you can do nothing."

The Wifey
I am a young wife and mother of 4 children who are 6, 5, 4, and 2! I have, in the past, been known by certain activities or characteristics defined by those around me or our culture. Now, I choose to be defined by my one and only Savior who has given me the grace, mercy, and forgiveness that I don't deserve but surely need. It is on Him I lean. On Him I place my trust. In Him I find comfort, rest, and joy. And through Him I base my decisions and convictions. I hope to use this blog to chronicle everything from our daily life to our dependence on Him to encouraging other young mothers in this never-ending service called motherhood.

The wonderful man who stole my heart. He has served 6 years as a reservist with the United States Marine Corps as well as 3 years as an active reservist. He is now working as a civilian auto technician and just recently was sworn into the Air National Guard sa a reservist.
Beyond that he leads our family and home, provides and protects, fishes like a fiend, strives to serve, aims for adventure, and loves the Lord.

Our spirited Cbelle. 2 years old and thinking she's big.
She has a firey spirit that keeps us on our toes, she has to to make up for her petite size!
Photo by Jenna Stevens Photography 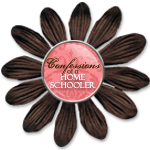 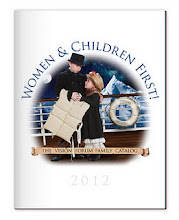 Having a Martha house with a Mary attitude.